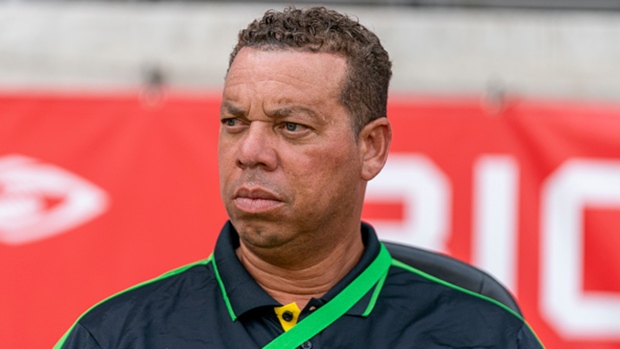 “The investigation will include a review of the club’s internal processes and overall culture at the time as well as recommendations on preventative measures to ensure that all players and staff under the Whitecaps organization umbrella work in a safe environment, free of all forms of harassment and fear of retaliation,” MLS said in a statement. “The league and club will publicly release the findings and recommendations of the investigation.”

U.S. player Malloree Enoch detailed allegations of inappropriate behavior by Busby between 2010 and 2011 in an interview with the British newspaper, the Guardian. Enoch said Busby promised to sign her as a player, then repeatedly made her room with him on trips and eventually attempted to pressure her for sex.

Enoch said she shared her concerns with Dan Lenarduzzi, the team’s soccer development director, after signing in 2011, but no action was immediately taken. Enoch said it culminated in a group of players bringing their concerns about Busby and their overall treatment as players to management.

Busby’s contract with the Whitecaps expired in October 2011. He was appointed head coach of Jamaica’s women’s team in January 2020 after previously serving as an assistant coach. The Jamaican Football Federation said it was aware of the allegations and will meet with Busby on Tuesday.

Whitecaps Chief Executive Officer Axel Schuster released a statement Friday night that said it was deeply disturbed by reports about Enoch and praised her courage in coming forward.

“We respect Malloree's bravery, appreciate her honesty and support her entirely,” Schuster said. “We apologize to Malloree for letting her down.”

Schuster went on to say that the club was made aware of allegation in 2011 and conducted an investigation, which ultimately led to Busby's departure.

“We have since learned that the investigation did not reveal certain allegations that were disclosed this week. Our communication with players, staff and the soccer community as to the reasons for Busby's departure was also inadequate. We should have done better, and for that we are deeply sorry," Schuster wrote, adding that the Whitecaps are committed to cooperating with the MLS investigation.

Current members of the front office who were involved in how the allegations against Busby were handled have been placed on administrative review, the team said.

Busby is the second Whitecaps coach to be accused of sexual misconduct.

Birada, a former Canadian national team coach, was let go by the Whitecaps in 2008 after an internal investigation. He is currently facing charges including six counts of sexual exploitation, two counts of sexual assault and one count of child luring, involving allegations spanning 20 years from 1998-2008.

The allegations against Busby come amid a series of scandals involving abuse and misconduct in women's soccer.

Riley was fired and NWSL Commissioner Lisa Baird stepped down in the wake of the allegations, which Riley denies. Both the NWSL and U.S. Soccer are conducting investigations.