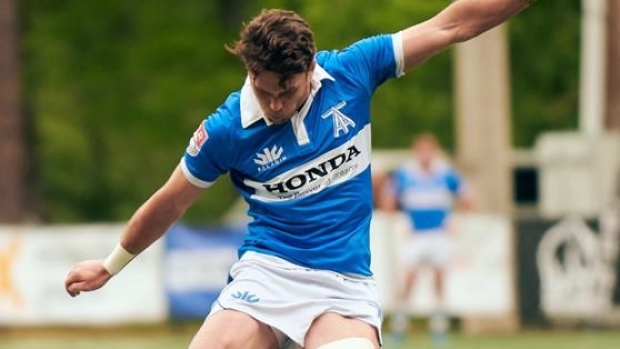 After losing their first two games of the season, the Arrows (3-3-0) have now won three of the last four.

Joaquin Tuculet, Mike Shepperd, Gaston Mieres and Jason Higgins also scored tries for Toronto, which reeled off 26 straight points after going down 5-0 early. Adams kicked five conversions and two penalties. The Arrows also had an automatic conversion from a try scored under the posts.

Luke Hume and Andy Ellis scored tries for RUNY. Dan Hollinshead booted a conversion before a limited number of spectators on a windy day at Cochrane Stadium.

Victoria's Quinn Ngawati, a former Canadian youth international and former member of the Toronto Wolfpack, started at inside centre for RUNY.

Toronto was coming off a record-breaking 52-7 win over the Seattle Seawolves. The 45-point victory margin erased the previous MLR record of 42 set by both the Seawolves (2019) and the now-defunct Glendale Raptors (2019).

"We knew coming in we had a lot of confidence. We built off of that last week where we were starting to run around, play through the hands," said Arrows centre Ben LeSage, sporting facial stitches from earlier games. "We've got some incredible ball-players on this team. So we were just trying to use them and get the ball into some space some more. That was the game plan and it worked out accordingly today so we're really happy with the result on the field."

After conceding a try early, the Toronto backs began to take charge and reeled off 19 straight points in the first half.

Taking advantage of two early Toronto penalties, RUNY went ahead 5-0 in the third minute when Hume touched down in the corner after an attack launched by a rolling maul off a lineout.

Toronto went ahead 7-5 in the 14th minute with a fine 30-metre run from Tuculet, who beat several defenders, following an Arrows scrum after a RUNY handling error.

Some quick thinking by Adams led to another Toronto try in the 21st minute after former England fullback Ben Foden was penalized for not releasing the ball near his RUNY try-line. Adams found Montero with a cross-field kick that caught the New Yorkers by surprise and the six-foot-four, 240-pound Argentine winger crashed over the line for a 12-5 lead.

Adams, who came into weekend play leading the league in points with 48, missed a conversion and two penalty kicks in the first half — with one penalty attempt hitting the goalpost. The New Zealand fly half was perfect the rest of the way.

Toronto increased its lead to 19-5 in the 38th minute when Montero, who has 27 caps for the Pumas, broke through the defence after a RUNY penalty gave the Arrows good field position.

Sheppard charged down a Conor McManus kick at the RUNY goal-line, falling on the ball for a converted try that padded the Arrows leads to 26-5 in the 45th minute.

That promoted RUNY to introduce Ellis and the former All Blacks scrum half dove over the line in the 51st minute. The conversion cut Toronto's lead to 26-12.

Three minutes later Mieres touched down in the corner after LeSage cut through the RUNY defence. This time, Adams' kick hit the post and went over to up the lead to 33-12.

Adams' penalties in the 67th and 72nd minute and a Montero converted try in the 75th made it 46-12 for Toronto. Higgins scored in the 77th after another fine run by LeSage ended just short of the try-line.

It was the first meeting of the two teams since June 2019 when Sam Malcolm's last-minute drop goal earned Toronto a post-season berth.

The Arrows match-day 23 featured 15 Canadians, including seven internationals. There were also four internationals from Uruguay and three from Argentina.

Toronto is based out of Marietta, Ga., where it is sharing facilities with Rugby ATL during the pandemic.

This report by The Canadian Press was first published April 25, 2021