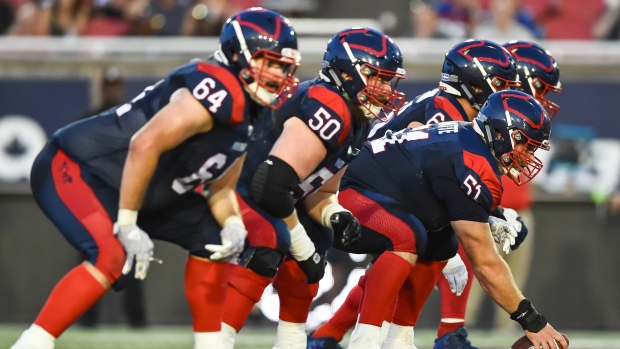 Matte will return for his 11th season with the Alouettes next season after earning an East Division All-Star nod at centre last year. Matte was also voted the Alouettes' Most Outstanding Lineman for the fourth consecutive year last year.

“I am at home in Montreal and I wanted to play here, and nowhere else. I’ve always been treated well by the organization,” Matte said in a team release. “We’ve built a solid foundation last year and all the players are looking forward continue in that same direction for the 2020 season. I am anxious to get back on the field and continue the work we started last season.”

“I’ve known Kristian for years as I saw him in action during his days at with the Concordia Stingers, his game is inspiring. He is a true leader on and off the field,” GM Danny Maciocia said. “He grew up in the pros with the Alouettes, he understands our system and our quarterbacks feel protected when he is out on the field.”

Jamieson will enter his fourth season with the Alouettes after starting 14 games for the team last year.