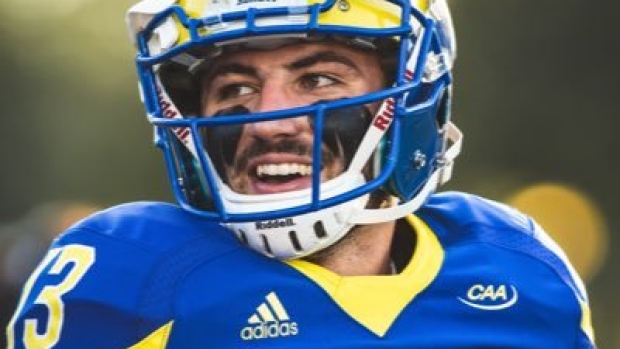 The Montreal Alouettes signed University of Delaware wide receiver Vinny Papale to a two-year deal on Monday, the club announced.

The American caught 36 passes for 618 yards and six touchdowns over 12 games this past season, his fourth and final campaign with the University of Delaware.

The 23-year-old is the son of Vince Papale, who played three seasons for the Philadelphia Eagles from 1976 to 1978 and was the inspiration for the 2006 movie Invincible. Mark Wahlberg played Papale in the movie.