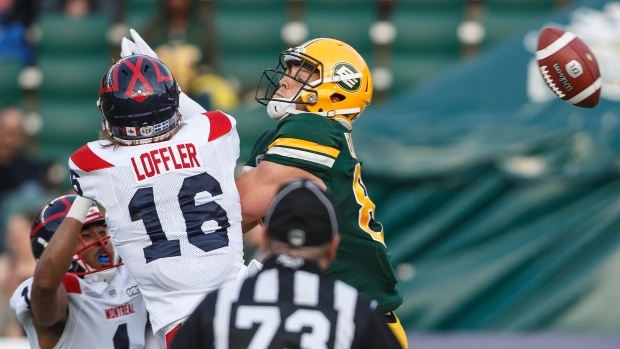 The Alouettes announced Saturday the three will be out Friday when the Alouettes visit the Tiger-Cats, coming off their bye week.

The Als added the three players will be re-evaluated by doctors this week, with TSN Football Insider Dave Naylor reporting earlier this week Pipkin is expected to miss 4-6 weeks with a lower-leg injury.

Loffler had 10 tackles in his Alouettes' debut in Week 1 while Lokombo had one tackle.