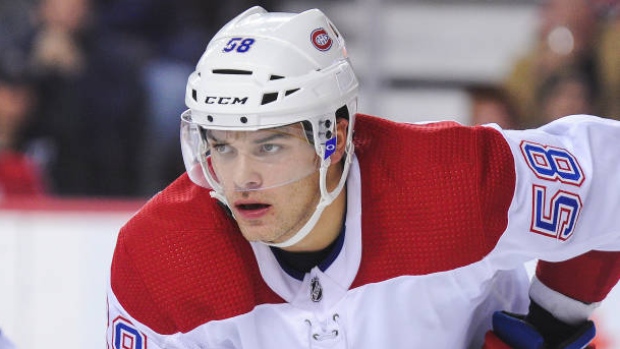 According to Montreal Canadiens head coach Claude Julien, defencemen Noah Juulsen and Karl Alzner are both day-to-day after being held out of practice.

#Habs Julien says Juulsen didn’t feel good this morning (headache) and because of his head injury issues last season, he was held out of practice for precautionary reasons. Alzner suffered a groin injury yesterday. Both are day-to-day.

#Habs Julien clarified that Juulsen was experiencing a headache, not suffering from a concussion. Regardless, the team is taking a cautious approach with the player.

Julien says that Juulsen had a headache this morning and because of his head injury issues last season, he was held out of action for precautionary reasons. He also clarified that Juulsen was not suffering from a concussion.

Juulsen, 22, appeared in just 21 games for the Habs last season, recording one goal and five points. On Feb. 1, the Habs announced he was out indefinitely with a vision-related issue.

Alzner spent the majority of last season in the AHL with the Laval Rocket, playing in 34 games and posting six points. Including 2019-20, the 30-year-old has three years left on his five-year, $23.125 million contract he signed on July 1, 2017.