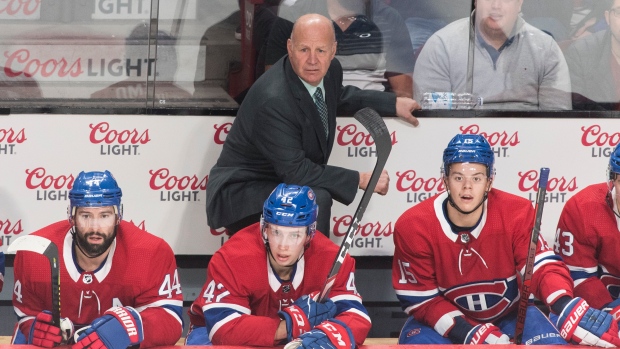 Montreal Canadiens head coach Claude Julien has been fined $10,000 for comments following the Habs' 4-3 overtime loss to the Dallas Stars on Saturday night.

Julien criticized the officiating post-game as the Habs didn't receive a power play during the game with several missed calls.

“I think Kovalchuk gets an automatic penalty, that slash," said Julien. "And I think on Chiarot, if you look at the penalty, or the replay, he gets tripped and he gives a one-hand slash, so we get the slash and no trip. Armia — if that’s a hook, well then in overtime there should have been a penalty on him. Max, in overtime there, gets a stick in the mouth, he’s bleeding from the mouth, there’s no penalty there.

“Like I said, (the officials) looked frustrated, or one of them looked frustrated tonight — the referee. He should have been, because to me it was embarrassing. I can’t say anything else. We take responsibility for some of our stuff and when we’re not good I’m going to stand up here and say we weren’t good enough tonight. Well, tonight we had to beat two teams and it was tough.”

The Habs draw the 25th-most penalties in the league.