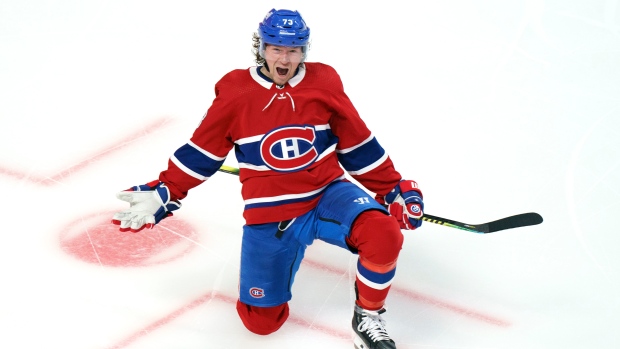 Joel Edmundson has suffered a setback in his recovery from a back injury. Dominique Ducharme announced Monday that the defenceman is essentially 'starting over at scratch' with his recovery.

Ducharme said Edmundson is basically starting over at scratch in his recovery from a back injury. No specific incident at practice set him back, but this is where he's at. Has to be extremely frustrating to the player. Good news is doctors have ruled out surgery.

The Canadiens are having a rough start to the season as they continue to deal with multiple injuries.

Toffoli will undergo further evaluation in the coming days. Laurent Dauphin was recalled from Laval (AHL).”@TSN_Edge

The Habs will be without Jeff Petry, Joel Armia and Tyler Toffoli at practice Monday morning. Both Petry and Armia are listed as being given 'therapy days' while Toffoli will have to undergo further evaluations.

In a corresponding move, the team recalled Laurent Dauphin from the Laval Rocket of the American Hockey League.

"It's day-by-day with him. It's unlikely he's going to be back before Christmas," says Ducharme about Carey Price.

The Panthers have recalled Olli Juolevi from the Charlotte Checkers of the AHL.

• We have recalled Olli Juolevi from @checkershockey.

Garnet Hathaway has been added to the NHL's Covid protocols by the Washington Capitals.

Marc Staal has been added to the NHL's Covid protocol by the Detroit Red Wings.

UPDATE: The #RedWings have placed defenseman Marc Staal in the NHL's COVID-19 protocol.

In a corresponding move the team recalled Dan Renouf from the Grand Rapids Griffins of the AHL.

Ukka-Pekka Luukkonen has been recalled from the Rochester Americans of the AHL.

The Minnesota Wild announced that the team has recalled Mason Shaw from the Iowa Wild of the AHL.

- Andrei Svechnikov, who missed Saturday's game with an upper-body injury, is on the ice.
- Jordan Martinook, who suffered a lower-body injury Thursday, is not.

The team announced that Svechnikov, who missed Saturday's game but was on the ice practicing Monday. Martinook however, was not at practice.