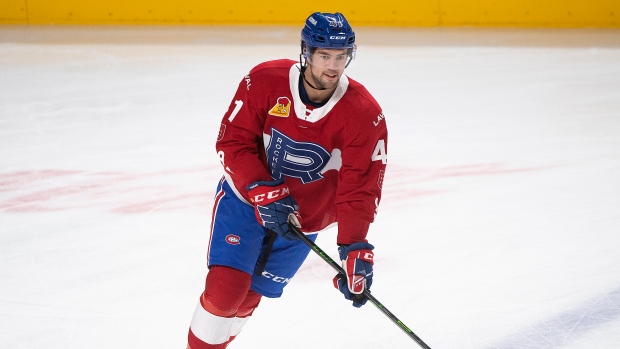 Montreal Canadiens prospect Ryan Poehling has suffered a season-ending wrist injury that will require surgery. An update on his expected recovery period will be issued after the procedure.

Forward Ryan Poehling suffered a season-ending wrist injury that requires surgery. An update on his expected recovery period will be issued after the medical procedure. pic.twitter.com/0L4jPxOhkf

Poehling, 22, was having a breakout sophomore season with the AHL's Laval Rocket, registering 11 goals and 25 points in 28 games.

Drafted in the first round (25th overall) at the 2017 NHL Draft by the Habs, Poehling had a memorable NHL debut on April 6, 2019 when he scored a hat trick and the shootout winner against the Toronto Maple Leafs in the last game of the regular season.

On Tuesday, the Laval Rocket clinched the Frank S. Mathers Trophy as champions of the Canadian Division for 2020-21.