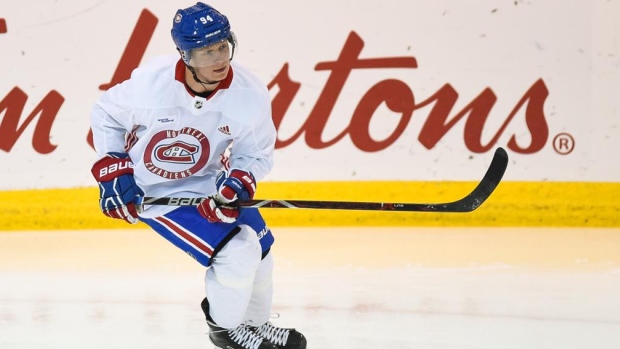 The Montreal Canadiens announced today that defenceman Otto Leskinen has been recalled from the AHL's Laval Rocket.

The Canadiens announced that defenseman Otto Leskinen was recalled from the AHL’s Laval Rocket.#GoHabsGo https://t.co/2M2528e9so

Leskinen, 22, has one goal and 12 points in 24 games with the Rocket. His 12 points is the most among the team's defencemen and his 11 assists lead the Rocket. This is his first season playing in North America.

The Habs signed Leskinen to a two-year, entry-level contract in May after a 31-point season with KalPa in the Finnish league.

Defenceman Gustav Olofsson was sent down to the AHL this morning by the Habs after going pointless in three games.

The Habs next play at home on Thursday night against the Colorado Avalanche.