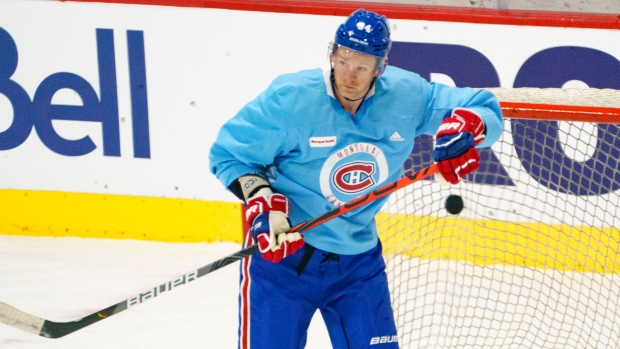 The Montreal Canadiens announced they have recalled veteran forward Corey Perry from the taxi squad. He will be available for tonight's game against the Vancouver Canucks.

The Canadiens announced they recalled Corey Perry from the team’s Taxi Squad. Perry will be available for tonight’s game in VAN. pic.twitter.com/NWjYC5DUXa

Forwards Joel Armia (concussion) and Paul Byron (lower-body) did not practise Friday. Byron has been deemed a game-time decision. If he is unable to play, defenceman Victor Mete will take his spot in the lineup. According to TSN's John Lu, Mete will act as the seventh defenceman and possibly take some shifts with the fourth line.

Perry, 35 will likely take Armia’s spot on the third line. The Canadiens lines from the Jan.22 practice were as follows:

Perry signed a one-year, $750,000 contract with the Canadiens in the off-season. He played last season with the Dallas Stars, recording five goals and 16 assists.

Armia, 27, was injured late in Thursday’s 7-3 win over the Canucks after he was hit in the head by defenceman Tyler Myers. The former Sabres first-round pick has scored five points in five games this season.

Byron, 31, also left Thursday’s contest after taking a slapshot off the foot from teammate Shea Weber. The Ottawa native has recorded two assists in five games this season.​