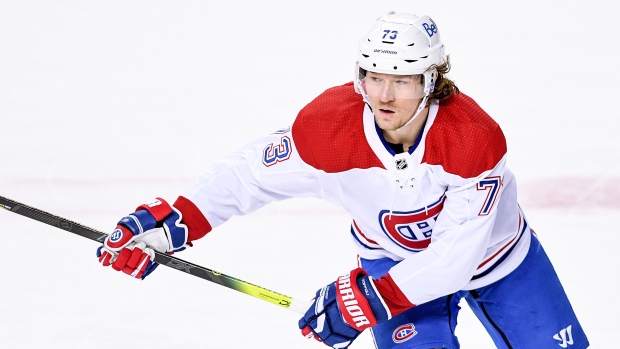 Montreal Canadiens forward Tyler Toffoli is getting "better and better" but will miss his second-straight game with a lower-body injury. says head coach Dominique Ducharme.

#Habs Ducharme says Toffoli is “getting better and better” and might be on the ice Tuesday but definitely won’t play. @TSN_Edge

Toffoli has not played since suffering an injury on March 19, in a 3-2 overtime loss to the Vancouver Canucks. The 28-year-old was slated to miss the entire three-game series against the Edmonton Oilers but may end up missing just two games after the Canadiens had four games postponed due to health and safety protocols.

Despite missing a pair of games, Toffoli still leads the team with 18 goals in 30 games and is tied with Jeff Petry for the team lead in points, with 27.