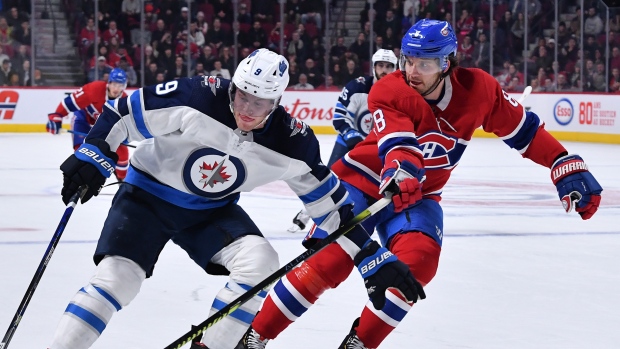 The NHL has given teams the green light to return to the ice on Monday for voluntary training in small groups, but there isn’t necessarily a race to the rink.

Both the Toronto Maple Leafs and Edmonton Oilers expected to open their practice facilities on Monday, provided they could meet the extensive requirements and medical protocol set forth by the league.

But at least two of Canada’s six teams who are part of the 24-team return to play format – the Montreal Canadiens and Winnipeg Jets – will not be opening by Monday.

The Calgary Flames and Vancouver Canucks were still waiting to make an official determination on an opening date. The Canucks may wait another week, until June 12.

Both the Habs and Jets cited lack of demand for their delay.

None of the Jets’ players are in the Winnipeg area at the moment; the Canadiens said only two players were in town and they are currently focused on off-ice training.

The Canadiens are expected to open their practice facility on Thursday.

“Given the quarantine rules in effect in Canada, players from outside the country prefer to stay in their local areas to train,” the Canadiens said.

NHL deputy commissioner Bill Daly said Friday that teams have been allowed to make their own determination on when to open.

“Clubs are approaching it differently depending on their circumstances,” Daly said.

There is no requirement to open quickly, but Daly said he expected all 24 teams to open their facilities prior to the league’s transition to Phase 3, which is the opening of training camps.

Given that the earliest training camps may open is July 10 – exactly five weeks away – players have been content to continue to train in their home cities and at private rinks, where they are not subject to testing requirements and guidelines administered by the NHL.