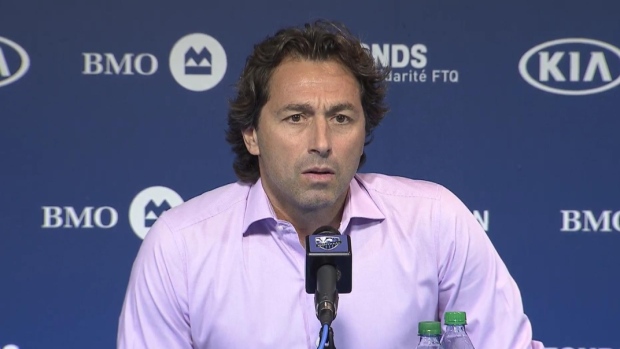 Montreal lost 2-1 to Toronto FC Saturday night in its first game after the coaching shuffle.

"We would like to thank Nick for his outstanding dedication, his passion and his relentless work for the Impact over the last 26 years, as he held several functions within the club and left his mark on the history of the club," Impact president and CEO Kevin Gilmore said in a statement. "Following recent changes and the new sporting structure being implemented, Nick came to us to discuss his future with the club, and we both agreed the time was right for a change."

As Montreal's technical director from 2008 to 2011, De Santis helped build the teams that won the Canadian Championship in 2008 and 2013.

De Santis was a finalist for the coach of the year award in his first three seasons, winning it in 2005.

"It has been both an incredible privilege and an honour to be part of this organization. I am truly grateful for having had the opportunity to represent this club over the years," said De Santis. "I can only wish the Impact all the best for the future, as this club continues to grow."