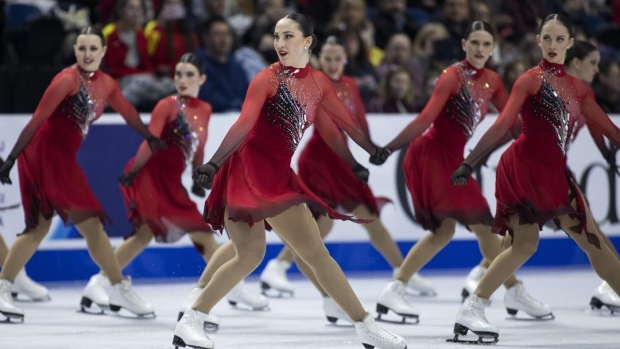 Ranked second after the short program, Les Supremes vaulted to the top of the podium with their free program at FirstOntario Centre.

The competition featured 23 entries from 19 countries.

Finland's Marigold Ice Unity and Helsinki Rockettes placed second and third ahead of Nexxice of Burlington, Ont., in fourth.

The Rockettes ranked first after the short program, but a pair of falls in their free program deducted points from their score.

Les Supremes posted the highest marks in skating skills, transitions, performance, composition and interpretation of music in their free program.

The world championship was the first since 2019 because of the COVID-19 pandemic. Nexxice also finished fourth in 2019.

This report by The Canadian Press was first published April 9, 2022.