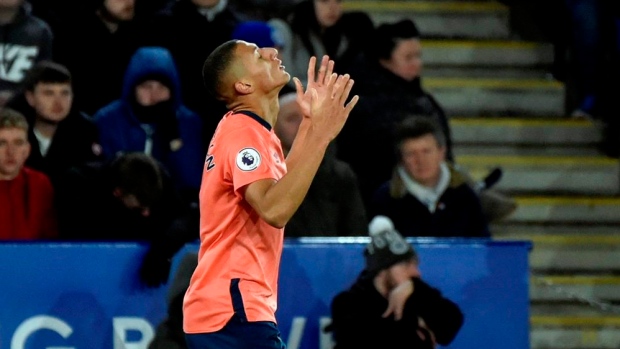 More misery for Silva as Leicester scores late vs Everton , The Canadian Press

LEICESTER, England — Kelechi Iheanacho’s stoppage-time strike continued Leicester’s winning streak and piled more misery on Everton manager Marco Silva. The substitute scored his first Premier League goal since September 2018 to give the Foxes a 2-1 win over the Toffees on Sunday for their sixth straight victory.

Hosts Leicester faced an agonizing wait before VAR gave the goal after the striker had initially been flagged offside.

“I think the one thing to mention today because the referees and the officials have got a lot of criticism and VAR has got a lot of criticism, today was a real plus for it,” said Leicester manager Brendan Rodgers. He also appeared to dismiss speculation linking him to the Arsenal job after Unai Emery was fired.

Everton had looked on course to earn a point and ease the pressure on Silva, who deflected questions about his own future.

“I'm not the right person to ask about that,” he said.

“I know what I'm doing. I know what my job is. Tomorrow will be another day for me to prepare another training session."

Richarlison gave the Toffees a first-half lead before Jamie Vardy's 13th goal of the season levelled the game.

Leicester climbed back to second in the Premier League, eight points adrift of runaway leaders Liverpool.

Only two points above the drop zone and with Silva clinging on to his job, Everton now goes to Anfield for Wednesday’s Merseyside derby with Liverpool.