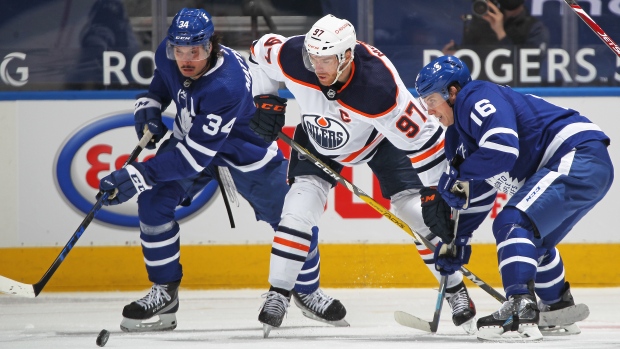 All three NFL teams that travelled for their U.S. Thanksgiving Day games won on Thursday.

Road teams are now 8-0 straight up in U.S. Thanksgiving games dating back to 2019.

For what it’s worth, road teams are now 88-76-1 this season, which is something to keep in mind when evaluating the importance of home-field advantage moving forward.

The Chicago Bears and Buffalo Bills both won as betting favourites, while the Las Vegas Raiders beat the Dallas Cowboys 36-33 in overtime as a seven-point underdog in the lone upset.

Now the focus shifts to Sunday’s slate of NFL games, but not before an absolutely loaded weekend schedule for both NHL and the NBA after both leagues took Thursday off.

The NHL returns with 13 games on today’s schedule, beginning with the New York Rangers and Boston Bruins dropping the puck at 1 p.m. ET.

The Tampa Bay Lightning are the biggest favourite on the board at -215 versus the Seattle Kraken.

Meanwhile, five of the seven Canadian teams are in action, with both Alberta teams getting another day off.

Coming out of the U.S. Thanksgiving Day break, four of the seven Canadian teams are in playoff position. Three of those four teams are considered overwhelming favourites to make the postseason.

From @djpoulin20 on @7ElevenCanada That’s Hockey: Are McDavid and the Oilers primed for a deep playoff run this year? https://t.co/0BNogT6Kmd#TSNHockey pic.twitter.com/VO67Ur4mxN

The Edmonton Oilers, which opened the season at -310 to make the playoffs, are now -1600 to make it. That number represents a 94.1 per cent implied probability.

The Toronto Maple Leafs’ odds to make the playoffs have shortened from -1100 to -800, but that number still translates to an 88.9 per cent implied probability.

The Oilers and Maple Leafs are considered Canada’s best hope to win it all, with both teams listed at +1400 to win the Stanley Cup.

Toronto is a -164 favourite in San Jose tonight.

The Winnipeg Jets are currently -235 to qualify for the postseason – a 70.1 per cent implied probability. They are +180 to miss the playoffs.

The Jets are currently a +114 underdog for tonight’s game against the Minnesota Wild.

On the flip side, no team has been more disappointing to this point in the season than the Montreal Canadiens.

Montreal opened the season at +180 to make the playoffs, but that number has ballooned all the way to +1460.

The Habs are currently a -122 favourite for tonight’s game against the Buffalo Sabres.

The Vancouver Canucks have also been a major disappointment, as their odds to make the postseason have climbed from +175 to +570.

The Canucks, which have dropped seven of their past nine overall, are currently a +118 money line underdog for tonight’s game against the Columbus Blue Jackets.

From @FarhanLaljiTSN: Despite repeated talks of changes in Vancouver, why hasn't anything been done yet? https://t.co/DpwzNYaw3A#TSNHockey pic.twitter.com/c9NxEvavxf

The Ottawa Senators opened the season at +770 to make the postseason.

The Toronto Raptors will visit the Indiana Pacers in the finale of their six-game road trip tonight - one of 12 games in the NBA.

Toronto, which is 7-4 straight up on the road this season, is currently a four-point underdog for tonight’s game.

Humble hustle and heart will set you apart

Zags set for another top-five opponent

No. 1 Gonzaga will face its second AP top-five opponent this week when they clash with No. 5 Duke tonight on TSN.

The Zags, which beat up No. 2 UCLA in an 83-63 win on Tuesday night to improve to 6-0 straight up this season, is currently a 7.5-point favourite for tonight’s game.

Per ESPN Stats & Info, Gonzaga will become just the third AP No. 1 team to face two top-10 opponents in the same week in November in the AP Poll era.

The Zags and Blue Devils are currently 1-2 in terms of NCAA Men’s Basketball championship odds, although the disparity is a big one.

Gonzaga is +320 to win the national championship. Duke and Purdue are both listed at +1200.