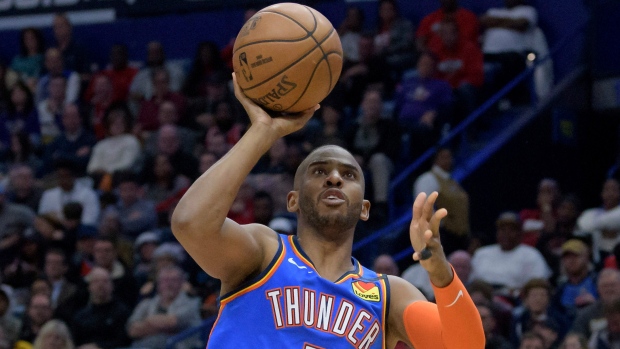 The NBA off-season chaos is inevitable.

If you went to bed early on Monday night, you probably woke up this morning wondering what all of the noise was about.

Meanwhile, the biggest trade news revolves around a deal that hasn’t happened yet after James Harden reportedly demanded a trade to the Brooklyn Nets.

Then the Milwaukee Bucks showed up to the party. The Bucks made a pair of trades, acquiring Jrue Holiday from the New Orleans Pelicans for George Hill, Eric Bledsoe and three first-round picks as well as Bogdan Bogdanovic and Justin James from the Sacramento Kings in exchange for Donte Divincenzo, Ersan Ilyasova and D.J. Wilson.

As if all of that trade news wasn’t difficult to digest, Harden reportedly turned down a two-year, $103 million extension from the Houston Rockets that would have made him the first $50 million-per-year player in NBA history.

Apparently, the off-season madness is far from over.

It wasn’t pretty, but Cousins threw for 292 yards and two touchdowns as the Minnesota Vikings (-3.5) secured their third straight victory with a 19-13 win over the Chicago Bears.

Cousins was previously 0-9 both straight up and against the spread before getting his first win in both columns last night.

And let that be a lesson to you all. Nobody beats Kirk Cousins on Monday Night Football 10 times in a row.

Adam Thielen caught both Cousins’ touchdown passes. He also paid tribute to the legendary Alex Trebek with these incredible cleats.

Meanwhile, Justin Jefferson continued his impressive rookie season with eight catches for 135 yards. It was Jefferson’s fourth 100-yard receiving game of the season, which tied Randy Moss for the most by a Vikings rookie receiver in franchise history.

Justin Jefferson joins Randy Moss as the only rookies in Vikings history with a 100-yard receiving game on Monday Night Football.

Jefferson's 4 100-yard receiving games this season are tied with Moss for the most by a rookie in Vikings history. pic.twitter.com/Q4aItXPzhT

Fortunately for anybody that took the under 43.5, the Bears offence couldn’t find the end zone all night.

Cordarrelle Patterson scored a 104-yard kickoff return touchdown and Cairo Santos hit a pair of field goals, but the offence was held without a touchdown.

Chicago has now lost four in a row following a 5-1 start.

Meanwhile, Minnesota has won three in a row to improve to 4-5.

Don’t look now, but the Vikings have home games against the Dallas Cowboys, Carolina Panthers and Jacksonville Jaguars coming up over the next three weeks.

Can the Vikings make a serious push as a playoff contender in the NFC?

It really wouldn’t be that big of a surprise if they were 7-5 coming out of that upcoming three-game stretch.

Tuesday’s are for the fantasy football waiver wire and with just three weeks to go before the playoffs the pressure is on.

Here are my top five waiver wire options available in over 50 per cent of TSN fantasy football leagues:

RB Nyheim Hines, Colts: The Colts backfield is pretty full with rookie Jonathan Taylor and Jordan Wilkins, but Hines might actually be the best option of that group because of his quickness and versatility. Hines is coming off his best performance of the year, registering 115 scrimmage yards and two touchdowns against the Tennessee Titans, including six catches for 45 yards and a score. Hines should be rostered in more than 41.1 per cent of leagues.

TE Logan Thomas, Washington: The tight end position has been a mess in fantasy this year, which makes the fact that Thomas is still available in almost 70 per cent of leagues that much more surprising. Coming off his third double-digit fantasy-point performance in his last four games, Thomas is an intriguing option for anybody that needs help at tight end.

WR Cole Beasley, Bills: Stefon Diggs has been absolutely electric in his first season with the Bills. In addition to putting up some incredible numbers, he’s also taken some pressure off of every other receiver on Buffalo’s roster, including Beasley. The veteran slot receiver showcased his skill set with 11 receptions for 109 yards and a touchdown against the Arizona Cardinals. After a couple of quiet weeks, Beasley could be in line for a strong finish to the season.

RB Damien Harris, Patriots: I might have made an error letting Harris go after he suffered an injury at the end of a Week 9 win over the New York Jets. It turns out he’s just fine, as he rushed for 121 yards in New England’s win over the Baltimore Ravens on Sunday Night Football. Considering how the Patriots want to lean on their rush attack on offence, Harris should still be on more than 43.6 per cent of rosters.

RB Salvon Ahmed, Dolphins: Myles Gaskin is out, Matt Breida is still recovering from injury and Jordan Howard was placed on waivers this week. That opens the door for the undrafted rookie Ahmed, who had 85 rushing yards and a touchdown in last week’s win over the Los Angeles Chargers. He’s rostered in just 7.0 per cent of leagues, which makes him an option if you need a back with some upside this week.