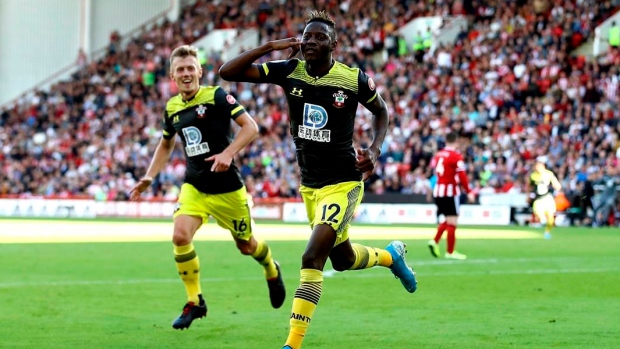 SHEFFIELD, England — A moment of skill from Moussa Djenepo handed Southampton a 1-0 win over Sheffield United in the English Premier League on Saturday.

Djenepo dribbled past three Sheffield defenders before knocking the ball past goalkeeper Dean Henderson. It was the Malian striker's second goal in three league games since arriving from Belgian club Standard Liege in the off-season.

After losing its opening two league games, Southampton is on a four-game unbeaten run in all competitions.

Sheffield finished with 10 men after forward Billy Sharp was red-carded for a late tackle on Stuart Armstrong. Sheffield hasn't won in the league since beating Crystal Palace on Aug. 18. It was the first time it failed to score since returning to the top flight this season.