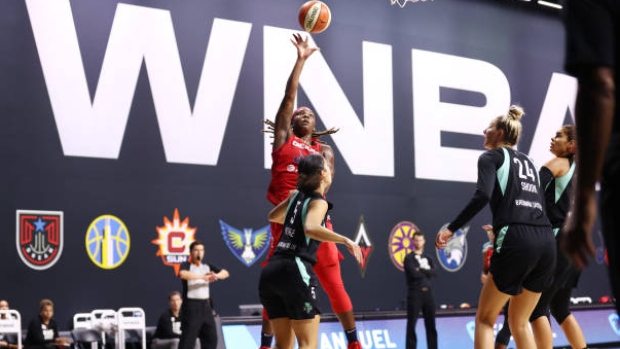 Washington's victory eliminates Atlanta and leaves just the Mystics and the Dallas Wings in the running for the eighth and final playoff spot. The Mystics (8-13) would clinch a berth with a victory over Atlanta in a regular-season finale on Sunday. A loss would open the door for Dallas (7-14), which would then advance with a victory over the last-place Liberty (2-19) Sunday as the Wings own the tiebreaker over the Mystics.

Hines-Allen was 8-of-16 shooting, making all three of her 3-point attempts and all six free throws. Ariel Atkins added 18 points and five steals with Leilani Mitchell scoring 12 points.

The Mystics scored the first nine points, led 36-29 at halftime and were up by as many 20 in the third quarter

Kia Nurse and Kiah Stokes, the latter with five 3-pointers, scored 15 points each for the Liberty.