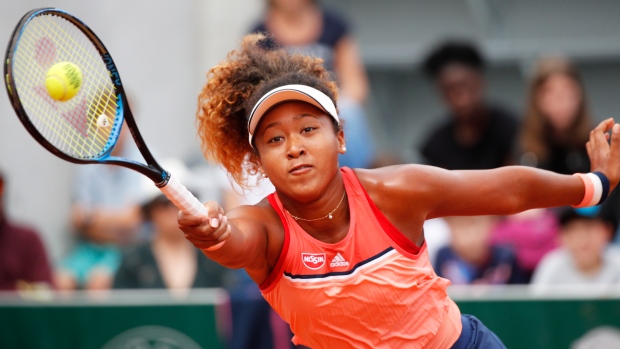 Osaka, who was broken twice early in the match, is looking to win her first title in her hometown after finishing runner-up in 2016 and 2018.

She will next meet either Yulia Putintseva or Russian qualifier Varvara Flink.

"The goal now is to finish the year as well as I can, to put all the energy which I have into this run in Asia and to play well in the next few weeks," Kerber said.

"I know Madison really well, so I know what to expect," Kerber said. "It will be interesting. We both know we have to play our best against each other."

At the Korea Open in Seoul, second-seeded Ekaterina Alexandrova recovered well to beat Kristyna Pliskova 3-6, 6-3, 6-4 and reach the quarterfinals.

At the Guangzhou International in China, Marie Bouzkova of the Czech Republic advanced to the quarterfinals after top-seeded Elina Svitolina retired due to pain in her right knee when the Ukrainian was trailing 6-4, 4-3.

Third-ranked Svitolina received medical treatment at 3-2 in the second set and then came back to hold for 3-3. But she was still struggling with her knee and after saving two of three break points at 4-3 she finally retired.

Third-seeded Sofia Kenin of the United States moved into the last eight by beating Katarina Zavatska 6-4, 6-2.

Viktorija Golubic came back to beat Katerina Siniakova 4-6, 7-5, 6-0 and will take on Shuai Zhang of China in the quarterfinals after the fourth-seeded player beat Andrea Petkovic 7-5, 6-4.