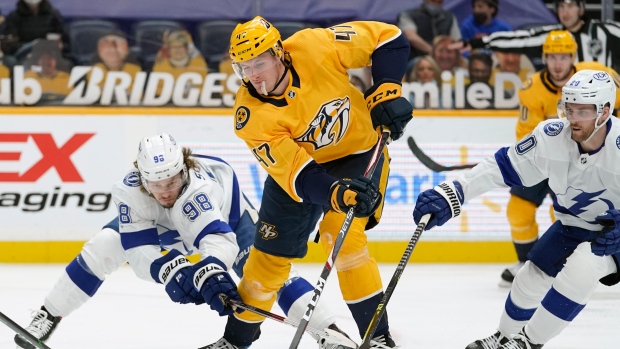 Nashville Predators forward Michael McCarron has been suspended two games by the NHL's Department of Player Safety for an illegal check to the head on Tampa Bay's Yanni Gourde.

The incident occurred at 19:34 in the third period of Saturday's game. McCarron was initially given a two-minute penalty before being given a match penalty after review and ejected from the game. The Lightning won 3-0.

Under the terms of the Collective Bargaining Agreement and, based on his average annual salary, McCarron will forfeit $12,068.96. The money goes to the Players’ Emergency Assistance Fund.

McCarron, 26, has zero points in five games with the Predators this season.