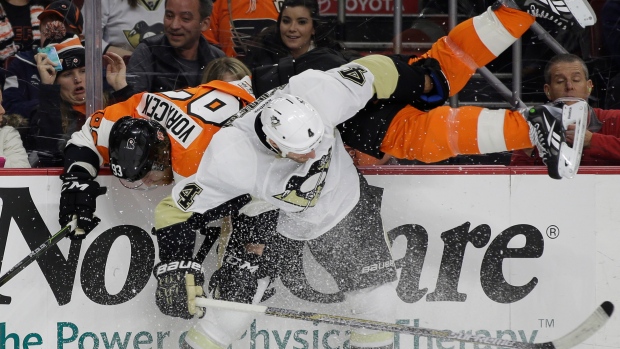 NASHVILLE — The Nashville Predators have hired Rob Scuderi, Sebastien Bordeleau and Dave Rook as development coaches to help polish their prospects for the NHL.

General manager David Poile announced the hirings Tuesday. Scuderi will develop defencemen, with Bordeleau working with forwards and Rook with goaltenders. They will work with Scott Nichol, the Predators' director of player development and general manager of the Milwaukee Admirals, their AHL franchise.

The 40-year-old Scuderi retired from the NHL in 2016 after 12 years and 783 career games with the Penguins, the Kings and Blackhawks, winning two Stanley Cups.

Bordeleau played three seasons with Predators from their start as an expansion franchise. He was skills coach for the Montreal Canadiens each of the last two seasons and this past season for the Canadiennes of the now-defunct Canadian Women's Hockey League.

Rook has been a goaltending consultant for Nashville the past five seasons, helping Predators goalies Juuse Saros and Troy Groseneck. He was goaltending coach for Columbus between 2009 and 2011.