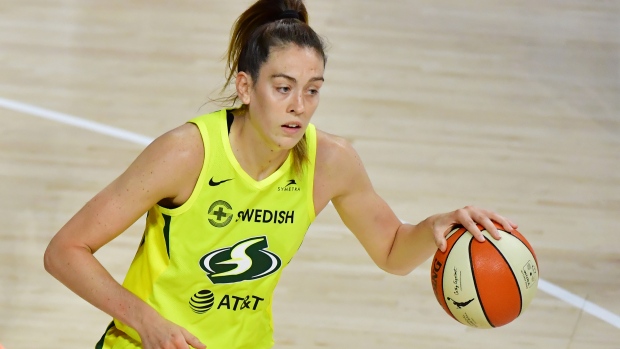 With one week left in the season, the Storm (16-3) have the best record in the league — a 1 1/2 games in front of Las Vegas. The two teams will meet to close out the regular season next Sunday.

Seattle took control with a 15-4 run to start the second quarter and never relinquished it.

Damiris Dantas hit a 3-pointer to bring Minnesota (13-6) within 26-24 to start the second. Shortly thereafter, Epiphanny Prince, who recovered the ball from going into the backcourt, with the shot clock about to expire, buried a 40-footer to ignite the run. The Storm later scored a season-high 31 points in the third.