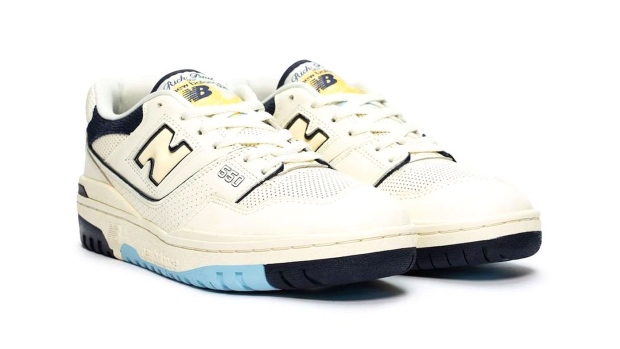 NBA agent Rich Paul has teamed up with sports footwear and apparel brand New Balance to unveil his own signature edition of the 550 silhouette.

Sneaker collaborations with sports agents certainly aren’t common occurrences, but Paul has a history with the New Balance brand. In 2018, he landed draft prospect Darius Bazley (now with the Oklahoma City Thunder) a million-dollar internship with the sportswear brand before joining the league the next year.

This new iteration composed of smooth leather is shaped with an off-white base and navy blue accents throughout the “550” number to the tongue, heel and branding details. A cream “N” logo finishes off the look. Along with the shoe box comes two extra sets of laces.

The Rich Paul x New Balance 550 is scheduled for release in the upcoming weeks. An official release date has not been announced.