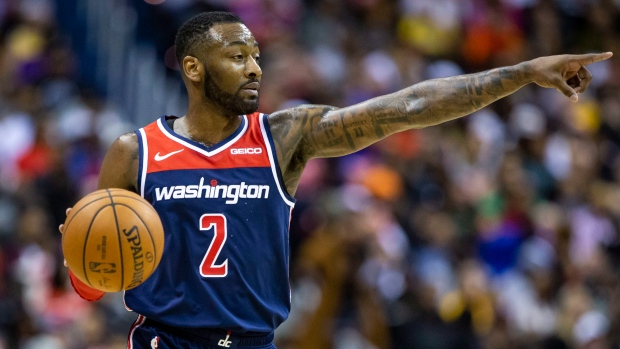 The NBA free agency period is officially open and teams can sign players to new contracts. Keep it here for all the rumours and buzz from the Association.

Wizards not planning to trade Wall

The Athletic's Shams Charania reported last week Wall wants a trade out of Washington to happen. Charania adds that this news comes as talks between the Wizards and Houston Rockets involving a potential Russell Westbrook-Wall swap have stalled.

Wall, 30, has been one of the best point guards in the NBA prior to his injury woes. Wall was ruled out for the season in late December of 2018 and had surgery the following month. However, Wall developed an infection relating to the surgery and then suffered a ruptured Achilles tendon after a fall at his home.

The Kentucky product is a native of Raleigh, N.C.

Free agent forward Markieff Morris is returning to the Los Angeles Lakers on a minimum deal, according to The Athletic's Shams Charania. Marc Stein of the New York Times reported Sunday the Toronto Raptors were interested in the 31-year-old but pulled out of the sweepstakes when they signed Aron Baynes.

Morris, 31, split time last season between the Lakers and Detroit Pistons. He averaged 9.7 points and 3.8 rebounds and 1.3 assists in 58 games between the two teams, winning the NBA championship with the Lakers.

The appeared to confirm the news on Twitter shortly after it was broken.

Run it back! #Lakeshow

Forward Dario Saric has agreed to a three-year, $27 million deal to stay with the Phoenix Suns, according to a report from ESPN's Adrian Wojnarowski.

Dario Saric has agreed to a three-year, $27M deal to stay with Phoenix, agents Jeff Schwartz and Mike Lindeman of @excelsm_bball tell ESPN.

Saric has played four seasons split between the Suns, Philadelphia 76ers, and Minnesota Timberwolves, averaging 12.2 points and 6.2 rebounds per game.