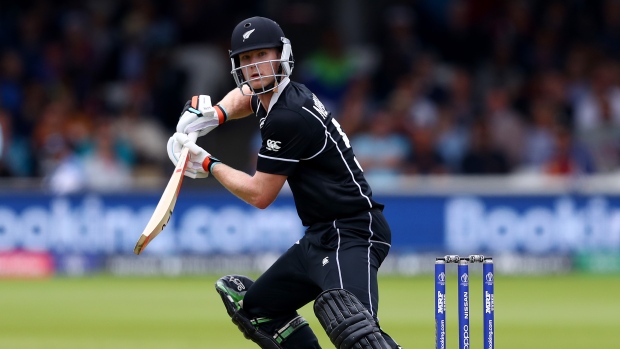 BRAMPTON, Ont. — Jimmy Neesham hopes to take a significant step in moving on from a heartbreaking World Cup when the Global T20 Canada professional cricket league gets underway this week.

Neesham was part of the New Zealand squad that lost to host England in the World Cup final two weeks ago. The July 14 final at Lords cricket ground in London went to a tie-breaking super over for the first time in one-day international cricket history. When the extra six-ball over still couldn't decide an over, England was awarded the World Cup title for hitting more boundaries during the match.

"I really felt that when I got to the airport and landed in Canada that that was the end of the chapter," said Neesham, who will represent the Edmonton Royals at the Global T20, while will hold matches at the 5,000 capacity CAA Centre in Brampton. "I'm looking forward to a new challenge and I'm excited to be in a new tournament and play cricket again."

The league, which runs until August 11, is in its second season and once again is bringing a number of high profile international cricket stars to play alongside local Canadian cricketers.

The six-team tournament brings back last year's champions, the Vancouver Knights, as well as the Toronto Nationals, Montreal Tigers, Edmonton Royals and Winnipeg Hawks. The Brampton Wolves make their debut, replacing a developmental team from the West Indies.

Each team is required to have five Canadian players in their squad, which means some local players who would struggle to even break into the national side will be rubbing shoulders with some of the biggest names in the sport.

That process can be daunting says veteran Canadian cricketer Hamza Tariq, who has represented Canada in ICC tournaments for almost a decade and has played in the Caribbean Premier League.

"I'm not overwhelmed by stars now," Tariq said. "I've overcome that phase but every Canadian cricketer goes through it when they initially start playing with the Brendon McCullums and Dwayne Bravos of the world.

"I quickly realized though that I had to focus on how I could make a name for myself rather than just being happy that I was on a team with Brendon McCullum. I turned it into confidence and self-belief, by watching them and learning from them, and understanding that if they can do it, so can I."

Tariq, who will be playing for Winnipeg Hawks, last played in a game that was televised in Canada in 2011 and is looking forward to the tournament being on Canadian television, with TSN2 lined up to broadcast playoff games.

Tournament director Ameem Haq is optimistic about the impact the Global T20 Canada will have in Canada and abroad.

"Last year we had official television broadcast in 12 countries and we accumulated 55 million views for the league," he said. "This year we have signed television deals with 65 countries. Our target is to cross 100 million views."

Haq acknowledges that there is work to be done in raising the awareness of cricket in Canada, but sees potential for growth.

"In this time of globalization, just like the NBA is growing in China and India, cricket is growing here — that's what the global village dictates," he said. "And cricket is such a beautiful game that if anybody experiences it, it will catalyse their journey to becoming a cricket fan."