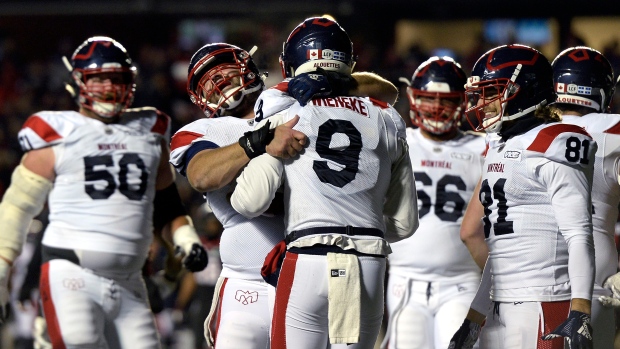 BC Lions director of football operations Neil McEvoy is no longer interested in pursuing the Montreal Alouettes general manager job, according to TSN's Farhan Lalji.

Being told #BCLions Neil McEvoy is no longer interested in pursuing the #Als GM job.
Also hearing that Wally Buono will be directly involved in the interview process. I don’t expect it to take more than 7-10 days. @CFLonTSN @TSN_Sports @TSN1040 #CFL

Lalji has also heard that former BC Lions head coach and GM Wally Buono will be directly involved in the interview process after previous reports he was hired by the Alouettes as a consultant in their search for a general manager.

Previous Als GM Kavis Reed was relieved of his duties on July 14 by team president and CEO Patrick Boivin after a 2-2 start to the season.

The Als are coming off a 10-8 season that included a playoff spot and recently re-signed head coach Khari Jones to a three-year contract extension.