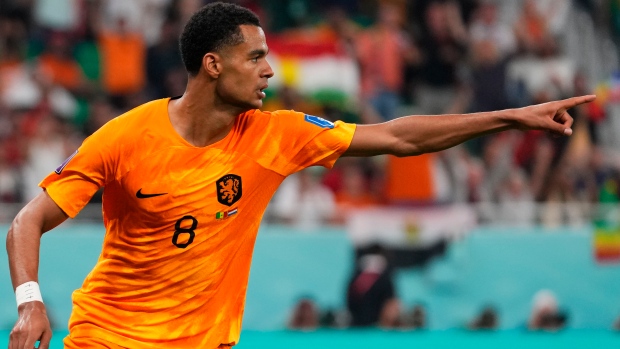 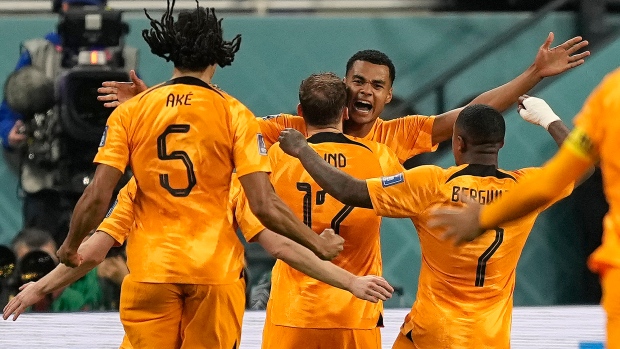 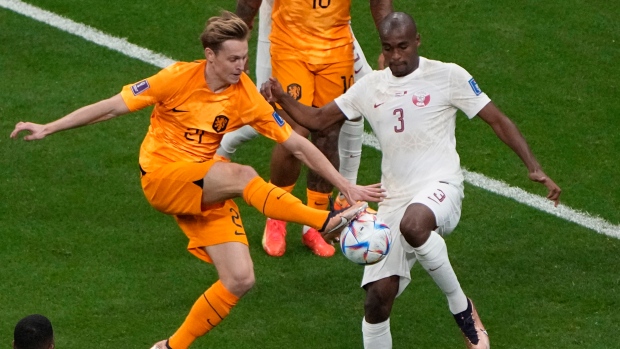 Cody Gakpo's third goal of the tournament has the Netherlands up 1-0 over Qatar in their final match of group play at the 2022 FIFA World Cup.

The Netherlands sit tied atop the Group A standings with Ecuador and need a win or draw to guarantee a trip to the Round of 16.

Qatar is trying to avoid becoming the first host nation to lose three games at the World Cup.

Gakpo broke the ice in the 26th minute after he received a Davy Klaasen pass in scoring position and fired it past Qatar goalkeeper Meshaal Barsham.

The 23-year-old forward has scored in every game for the Netherlands in this tournament.

The Netherlands won the possession battle in the first half, controlling the ball 66 per cent of the half. The Dutch also outshot Qatar 9-3 with two shots on net.