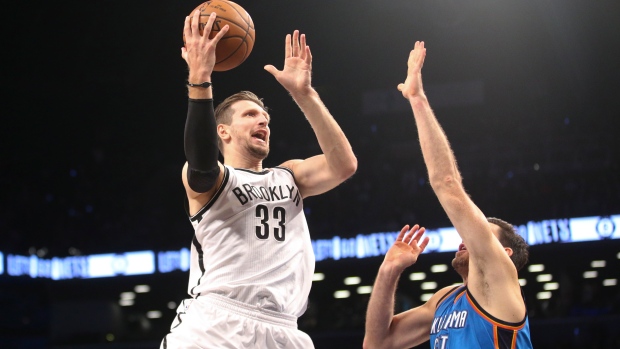 NEW YORK, N.Y. - The Brooklyn Nets say Mirza Teletovic has been cleared to resume basketball activities after recovering from blood clots in his lungs.

The Nets announced Friday that Teletovic would be listed as out for their playoff games, and they would provide updates if his status changed.

Teletovic last played on Jan. 22 in Los Angeles against the Clippers. He says doctors believe the clots could be traced to a hip pointer he sustained in December that travelled to his lungs.

Team physician Dr. Michael Farber says in a statement that Teletovic has been closely monitored on blood thinners and "follow-up testing has met our expectations. The most recent bloodwork was normal."

Teletovic, a forward from Bosnia, averaged 8.5 points in 40 games.