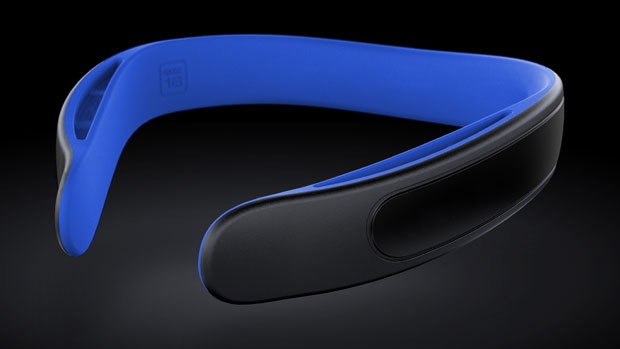 The race to reduce concussions in the sports world has included introducing to the consumer market mouth guards, skull caps with sensors and helmets designed to counteract rotational forces.

Performance Sports Group, the parent company of Bauer Hockey, unveiled the latest device on Tuesday: a band worn on the neck that it believes could ultimately reduce the number of concussions in sports by addressing the “slosh theory.”

Slosh is the movement of the brain, which is floating in cerebrospinal fluid inside the skull. When the head experiences an impact, the brain sloshes inside the skull and can rotate or strike the inside walls of the cranium, often tearing brain fibres.

The band constricts the outflow of blood from the head by applying light pressure to the jugular veins in the neck. That results in a mild increase in blood volume in the skull, which theoretically creates less room for the brain to move around in during trauma - almost acting as a natural cushion against potential damage.

“By doing that, you more or less take up the space inside the head so the brain can’t jiggle as much,” said Dr. Charles Tator, senior scientist at Toronto Western Hospital and one of Canada’s leading concussion experts, in a video presentation.

“It reduces the slosh effect. If something can be done to prevent the jiggle, as these scientists have postulated, then I think it’s something we should pay attention to.”

The “potential breakthrough” is the first product to attempt to prevent concussions using the body’s natural physiology rather than an external device like a helmet.

Performance Sports Group CEO Kevin Davis said in New York on Tuesday they hope to perform enough research to bring the product to market in the next year or two. The device is not sport specific and could be used in hockey, football, soccer, baseball or even running.

Performance Sports Group touted two different research studies that claimed to find an 83 per cent reduction in the number of torn brain fibres in animals used in a standard concussion model when the band was utilized.

At least one leading concussion expert - Chris Nowinski from the Concussion Legacy Foundation – expressed concerns about the product. 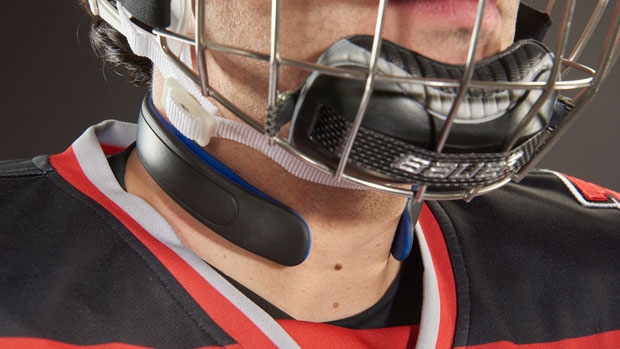 Nowinski, 37, is a former WWE wrestler who is both a Ph.D. candidate and co-founder of Boston University’s CTE Center, which studies the brains of former athletes and military members after death for links to repetitive trauma.

“I think it’s incredibly early to get excited about a product like this,” Nowinski said Wednesday. “There is no way enough research can be done in 12 months to bring this to market. What happens when you elevate the cranial pressure every day in a young person?

“There are serious potential risks for messing with a person’s cranial pressure. There are risks of brain bleed and other long-term effects that need to be explored.”

Dr. Gregory Myer, director of research for the division of sports medicine at Cincinnati Children’s Hospital, refuted Nowinski’s concerns. Myer said in a phone interview Wednesday that the blood volume in the skull while the band is worn is the same as in the “compensatory reserve,” that shifts in a person when lying down. It is something the body naturally adjusts every day.

“It is supposed to feel normal,” Myer said. “The intracranial pressure itself does not change.”

The change in blood volume with the band is said to be approximately the size of one teaspoon.

Myer said the research so far is “still very preliminary,” but in studies conducted in the Ohio area with high school hockey players wearing the band seemed “promising.” He said research is conducted using medical imaging and brain scans to make sure the outcomes are “objective in nature."

The idea for the band was partly spurred by a research study that indicated concussions occurred 30 per cent less frequently in stadiums at high altitude. At higher altitudes, the body naturally compensates with increased cerebral blood flow to aid in oxygenation.

Participants who have taken part in field tests of the product reported wearing the band produces a similar sensation to buttoning a collar too tightly, or wearing a snug necktie, only temporarily.

One of the principals involved in the project is Dr. Julian Bailes, chairman of neurosurgery at NorthShore University Healthsystem in Illinois, who will be played by Alec Baldwin in Will Smith’s upcoming Hollywood movie “Concussion.”

Nowinski said he believed the product will produce minimal results and is primarily designed to lure parents of athletes willing to spend money in the name of potential brain protection.

“I’m not sure that it will ever be proved to work,” Nowinski said. “It’s incredibly tough to study. If you put a band on someone’s neck, then run tests, there will be a big placebo effect with those who report fewer effects because they feel like it’s something that should help them.”

No matter how tiny, though, any product that increases protection for the brain would be worthwhile. Bauer’s parent company vows to explore more.

“Will the device do what the theory suggests? That can only be determined by research,” Dr. Tator said. “Helmets do not prevent concussions. We have to think about other strategies. Let’s try to solve this concussion problem so we can keep our kids active.”