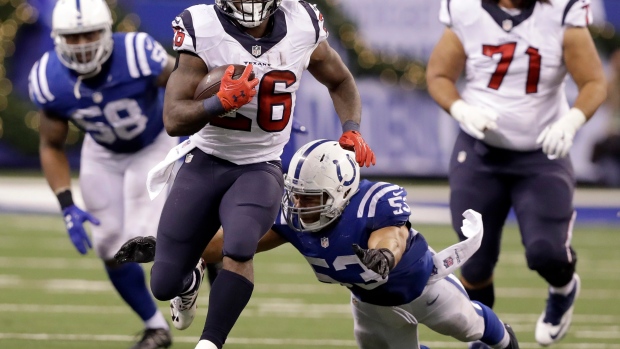 Lamar Miller is headed to Foxborough.

Agent Drew Rosenhaus confirmed on Monday that the veteran running back has signed a one-year deal with the New England Patriots pending a physical.

Former Texans’ RB Lamar Miller and the Patriots reached agreement on a one-year deal, pending a physical, per @RosenhausSports.

Miller, 29, missed all of 2019 with a torn ACL incurred in a preseason game against the Dallas Cowboys.

In 2018 as a member of the Houston Texans, Miller was a Pro Bowler for the first time. The Miami product rushed for 973 yards on 210 carries with five touchdowns. He added another 163 yards on 25 receptions and a TD.

After spending the first three seasons of his career with the Miami Dolphins, Miller joined the Texans in 2016.