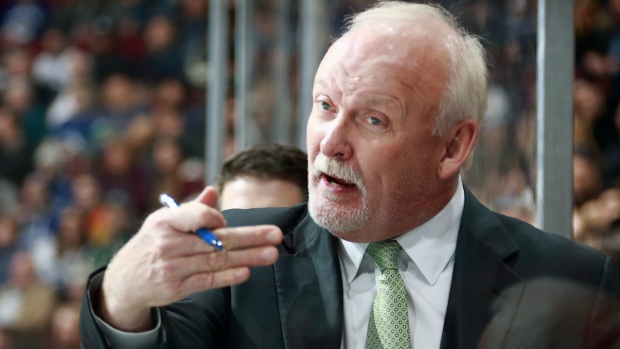 Lindy Ruff is back in the NHL.

The former bench boss of the Buffalo Sabres and Dallas Stars is the new head coach of the New Jersey Devils, the team announced on Thursday.

One of the most experienced and winningest coaches in @NHL history is headed to JERZ.

"I am excited to get back in the lead chair and guide the future of this team," Ruff said in a statement released by the team. "This is a fantastic opportunity to lead a group of great young talent and strong leadership to the next level."

John Hynes coached the team since the start of the 2015-16 season but was replaced mid-way through the 2019-20 campaign by Alain Nasreddine following a 9-13-4 start. Nasreddine guided the team to a record of 19-16-8 before the league paused its season on March 12.

The 60-year-olold Ruff is best known for his time as head coach of the Buffalo Sabres for 15 seasons from 1997-98 to 2012-13. He was replaced by Ron Rolston mid-way through that season after 17 games.

The following season, Ruff was back in the NHL, this time with the Dallas Stars. Ruff guided them to a 165-122 record and two playoff appearances in four seasons before being replaced by Ken Hitchcock.

The Devils headed into the NHL’s pausing at 28-29-12 and will be one of seven teams not scheduled to return to play this summer.