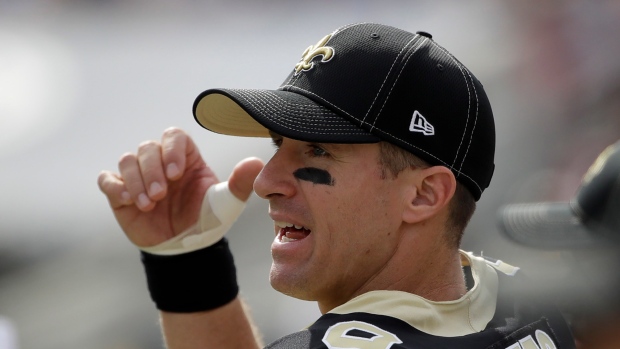 New Orleans Saints star quarterback Drew Brees, who has been sidelined since Week 2 because of a right thumb injury, says he's hoping to play this week.

Brees told ESPN's Mike Triplett that he's planning to practice this week and hopes to be able to play in the Saints' game on Sunday against the Arizona Cardinals.

Drew Brees told me he’s planning to practice this week and hopes he’s able to play next Sunday against Arizona but it’s still a “we’ll see” based on how the week goes.

Despite his optimism, Brees did also tell Triplett his availability for Sunday will come down to how things go for him this week. He underwent surgery on his thumb last month.

While Brees has been away, backup quarterback Teddy Bridgewater has led the Saints to a 5-0 record and 6-1 overall.