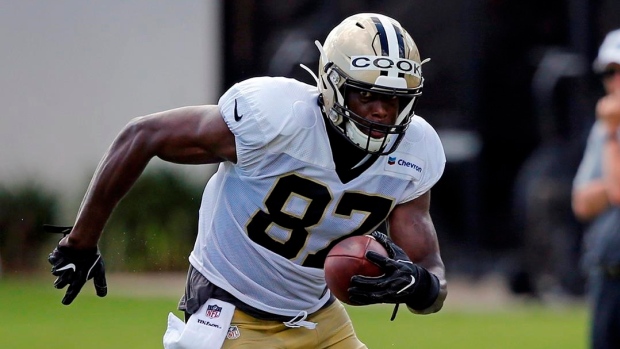 The New Orleans Saints have released veteran tight ends Jared Cook and Josh Hill, the team announced Wednesday. Cook was scheduled to become a free agent at the start of the new league year.

The 12-year veteran signed a two-year contract with the Saints in 2019 following one year with the Green Bay Packers. Cook spent the first seven years of his career with the St. Louis Rams and Tennessee Titans. In 178 career games, the Birmingham, Alabama native has caught 505 passes for 6,673 yards and 41 touchdowns.

"Jared consistently displayed the playmaking skills that attracted us to him as a free agent two years ago," said Saints head coach Sean Payton. "He made a lot of big plays for us and was a positive influence on his teammates. Jared is a consummate professional who is dedicated to his craft and we wish him the best of luck in the future."

"Josh joined us an undrafted free agent in 2013 and has been a model of consistency throughout his eight seasons with us," said Payton. "He has been reliable, selfless and filled numerous roles for us, oftentimes on the fly and in the middle of games, filling each role at a very high level. We appreciate everything he has done for our team and know he will have continued success as he moves forward."