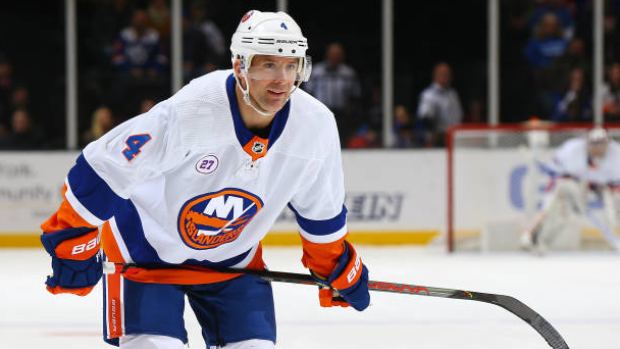 Greene is a pending unrestricted free agent, but the 37-year-old told Andrew Gross of Newsday he fully plans on returning for a 15th NHL season next fall.

“Oh, yeah, for sure, in my mind, I’m definitely going to play,” Greene said.

Greene was acquired by the Islanders ahead of the trade deadline from the New Jersey Devils, who he spent the first 14 years of his career with, for defenceman David Quenneville and a 2021 second-round pick. He had three assists in 10 games with the Islanders before the season was paused on March 12 and said he's yet to open contract talks with his new team.

Greene, who waived his no-trade clause to join the Islanders, carries a $5 million cap hit this season as he plays out the final season of a five-year, $25 million deal signed with the Devils in 2014. For the season, he has two goals and 14 points in 63 games with the Islanders and Devils.

Undrafted to begin his professional career, Greene has 49 goals and 249 points in 933 NHL games since debuting with the Devils during the 2006-07 season.