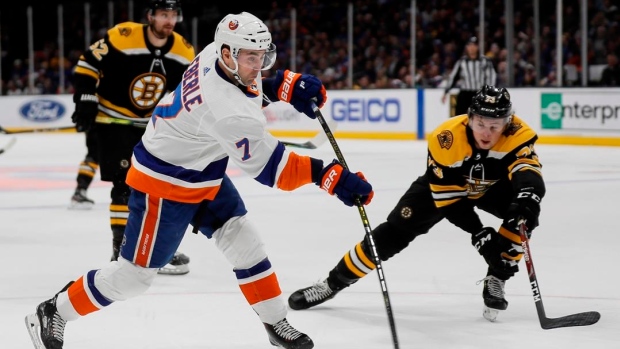 Jordan Eberle is open to playing into the summer to determine a Stanley Cup champion, but the New York Islanders forward believes the NHL will need to set a hard cut-off date at some point should the season continue to be pushed back.

"I'm for it. I'm for playing into later into the year," Eberle told NHL.com on Thursday. "But that being said, I don't know at what point do you cut it off. You need to resume a full season next year and you need to have that time and that rest too. It's such a fine line. The further we go and to keep pushing it back, and you keep hearing these stipulations [that] it's going to run into June, July … I think at some point there has to be a date where you say, 'Okay, the season's lost,' and we start recuperating for next year.

"As of right now, I think everyone's mindset is that we do want to play the playoffs. You work this hard all year… you play that many games and you're in the hunt, and then the season's just done, that's tough. You work all season long, all previous summer long to have a shot to win the Stanley Cup. Because of certain events that are out of all of our control you can't do that, it's hard."

Eberle, who signed a five-year, $27 million extension with the Islanders last June, has 16 goals and 40 points in 58 games this season. The 29-year-old has reached the postseason just twice in his 10-year career with the Edmonton Oilers and Islanders.

The Islanders were winless in their past seven games when the NHL season was paused on March 12, dropping the team to one point out of both wild-card spots – currently owned by the Carolina Hurricanes and Columbus Blue Jackets – with two games in hand on Columbus. With the NHL's playoff format still up in the air, Eberle is hoping the Islanders will get the chance to compete.

"I'm sure we can make a strong case for point percentage, and we'd squeak into the playoffs," said Eberle. "Regardless of what's going to happen, if we do resume and we do resume with the playoffs, there's going to be some teams upset that they're not in. Right now, it's a new situation, it's unique. No one's ever been through it, so somebody's going to get left out or … it's hard, if anything."

The Islanders ended a two-year postseason drought last year, reaching the second round before being swept by the Hurricanes.