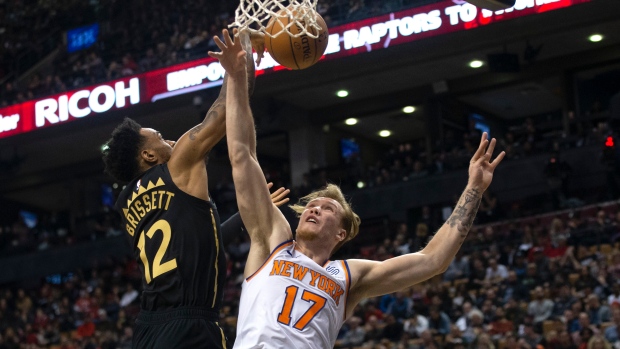 The move comes ahead of their matinee showdown with the Cavaliers in Cleveland.

In nine games so far this season, Brazdeikis has 17 points spread out across 53 minutes in his rookie season out of Michigan.

His biggest piece of action came on Dec. 2 against the Milwaukee Bucks when he had six points in just over 18 minutes.

Following their showdown with the Cavs, New York will host the Los Angeles Lakers on Wednesday to begin a three-game homestand.