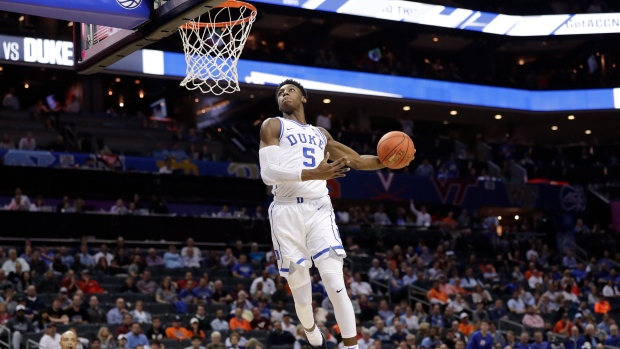 The New York Knicks might still be convinced to part with the third overall pick in Thursday night's NBA Draft, but it won't be for what the Atlanta Hawks have offered.

ESPN's Jonathan Givony reports that the team has rejected the Hawks' proposal of the eighth and 10th overall selections in exchange for No. 3.

The consensus has Duke swingman RJ Barrett as the likely third pick behind teammate Zion Williamson and Murray State guard Ja Morant, but the Knicks are still planning a workout for Vanderbilt guard Darius Garland.

ESPN reports that the Hawks could look to offer the same package to the New Orleans Pelicans in exchange for the fourth overall pick that was acquired last weekend from the Los Angeles Lakers as part of the Anthony Davis trade.

Givony indicates that the Chicago Bulls, Minnesota Timberwolves and Boston Celtics could also be interested in the Knicks' selection with the intention of taking Garland.