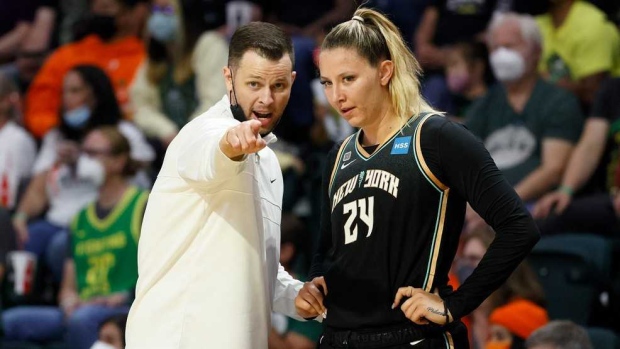 “We thank Walt for his spirit & commitment over the last two seasons, in which the team developed 3 WNBA All-Rookie Team members & Rookie of the Year,” the team tweeted.

Hopkins led the Liberty to the playoffs this season after going 2-20 his first year. New York improved to 12-20 this season before losing to Phoenix 83-82 in the opening round of the playoffs on a free throw in the last few seconds.

The 36-year-old Hopkins served as an assistant coach for the Minnesota Lynx before being hired by New York in January 2020.

New York had the league’s rookie of the year, Michaela Onyenwere, and a solid young core led by Sabrina Ionescu, Betnijah Laney and Natasha Howard.