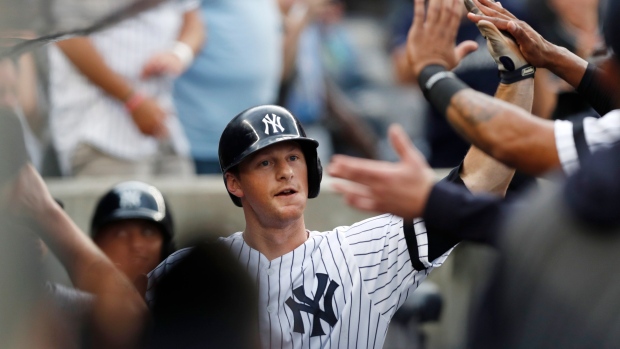 And they wasted no time setting the mark Tuesday night.

DJ LeMahieu hit a leadoff shot into the second deck down the left field line against Toronto lefty Clayton Richard, giving the Bronx Bombers sole possession of the record. New York began the night tied at 27 games in a row with the 2002 Texas Rangers, a team that featured Alex Rodriguez and Rafael Palmeiro.

The Yankees quickly added another one, too. Aaron Judge followed LeMahieu with an opposite-field drive into the right field stands. It was the first home run since April 20 for Judge, who returned Friday from an oblique injury that sidelined him for two months.

It was the 11th time in franchise history the Yankees have started a game with consecutive home runs.

Gleyber Torres added a solo drive in the second inning for New York.