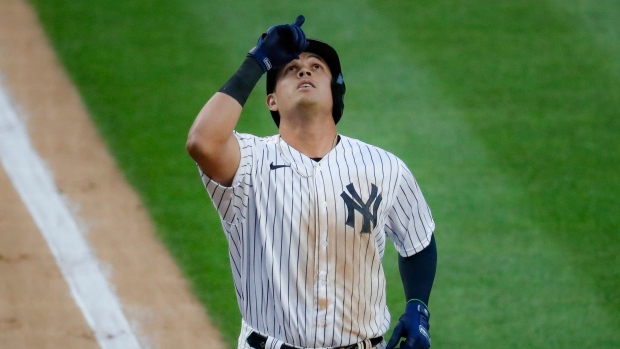 New York Yankees infielder Gio Urshela had surgery Friday to remove a bone chip from his right elbow and will require a recovery time of three months, the team announced Friday.

The club adds the procedure was performed by the Yankees' head team physician, Dr. Christopher Ahmad, and "went as expected."

USA Today's Bob Nightengale reports New York is hopeful to have Urshela back by Opening Day.

The #Yankees are hopeful Urshela will be ready by opening day https://t.co/O9GFYW9jTX

Prior to his time in the Bronx, the Cartagena, Columbia native spent time with the Toronto Blue Jays and Cleveland.