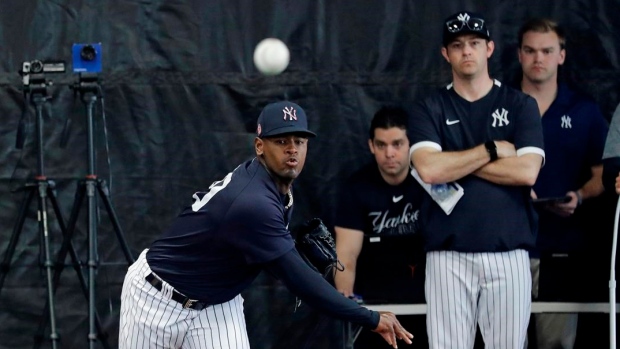 The procedure was performed by Dr. David Altchek at the Hospital for Special Surgery in New York. The team said in a statement that the surgery went as planned. Also, an existing bone chip in his right elbow was removed during the procedure.

The two-time All-Star will miss all of 2020 after being sidelined for nearly all of 2019.

Severino went 19-8 with a 3.39 ERA in 2018 and was given a $40 million, four-year contract. He was scratched from his first scheduled spring training appearance on March 5 last year because of rotator cuff inflammation in his right shoulder. The Yankees said April 9 he had strained his latissimus dorsi muscle. He did not make a minor league injury rehabilitation appearance until Sept. 1 and did not make his first appearance for the Yankees until Sept. 17.