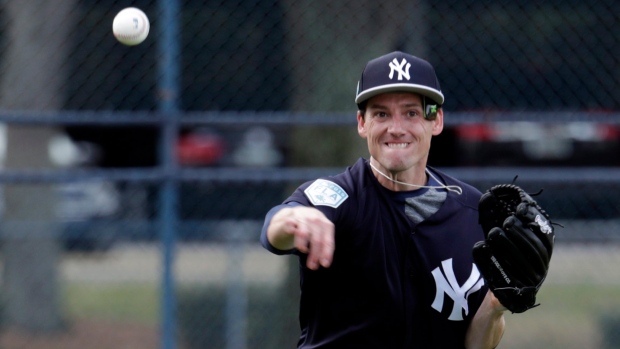 NEW YORK — The Yankees have released right-hander Danny Farquhar, ending the relief pitcher's comeback try with New York more than a year after he collapsed in the Chicago White Sox dugout because of a ruptured aneurysm and brain hemorrhage.

Farquhar buckled during a game with Chicago on April 20, 2018, and was hospitalized until May 7. He became a free agent after the season and signed with New York on a minor league contract.