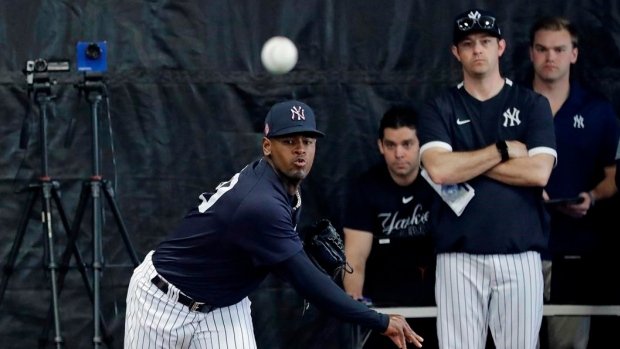 The general manager announced that Tommy John surgery has been deemed necessary for the 26-year-old hurler that will end his 2020 season before it even begins.

"Obviously, Sevy has acknowledged and agreed that the surgery is necessary," Cashman said. "His plan is to have it done as soon as possible."

This marks the second straight season in which injuries have hijacked the two-time All-Star's season.

Severino made only three starts in 2019, having been shut down in spring training with rotator cuff inflammation before a lat strain kept him out of the lineup until the middle of September.

A native of Sabana de la Mar, Dominican Republic, Severino signed a four-year, $40 million extension with the club in February of 2019.