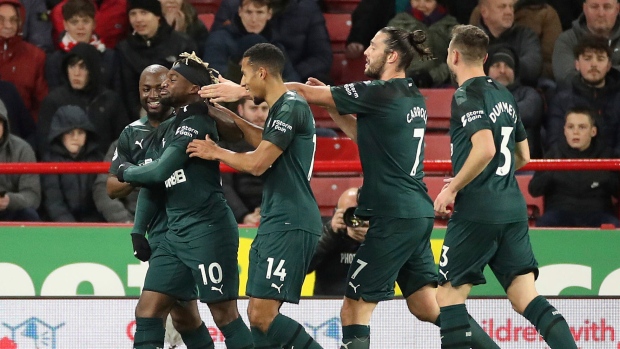 Newcastle took the lead through Allan Saint-Maximin's header in the 15th minute, before Jonjo Shelvey netted a bizarre second midway through the second half.

United's defenders switched off completely after the linesman flagged for offside when Andy Carroll flicked the ball on toward Shelvey. However, the referee waved play on and the midfielder slotted the ball into the net when he was clear through on goal, with goalkeeper Dean Henderson making little effort to stop it.

A video review showed that Carroll was onside, and the goal stood.

It was the hosts' first defeat since losing at home to Liverpool in September.

The win brings Newcastle level with Sheffield on 19 points in midtable.