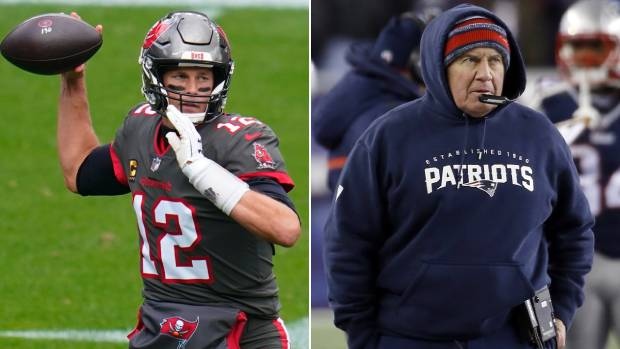 The National Football League will release its 2021 schedule Wednesday and the biggest news is the added game this year, with the schedule increasing to 17 games from 16.

Home and road opponents have already been determined with just the dates to be set Wednesday.

TSN.ca takes a look at five intriguing matchups in the 2021 season:

After 20 years and six Super Bowl championships in New England, Tom Brady left for Tampa Bay last season. He’ll make his first return to Gilette Stadium to see old friend Bill Belichick and the Patriots this year. If last year didn’t answer who deserved more credit for the Patriots’ dynasty – Brady or Belichick (Brady won his seventh Super Bowl with the Bucs; the Patriots failed to make the playoffs) – then this game could. You’re definitely going to want to stick around for the post-game handshakes.

There’s no Super Bowl rematch on the schedule this season, so we’ll have to settle for a replay of the AFC Championship. The Bills and Chiefs both figure to be competitive again this season and it should be another great quarterback battle between MVP runners-up Patrick Mahomes and Josh Allen.

The Rams acquired long-time Lions’ starting quarterback Matthew Stafford this off-season in a move they hope puts them over the top. Defensive lineman Michael Brockers said at the time Los Angeles levelled up at the QB position with the trade that sent Jared Goff back to Detroit. We will find out with this matchup; of course Brockers will hope that’s not the case as he, too, was sent to Detroit this off-season in a separate trade.

Two big off-season storylines that didn’t come to fruition (at least not yet) were Russell Wilson’s and Aaron’s Rodgers’ unhappiness with their respective teams. While tensions in Seattle have died down and Wilson is set for his 10th season with the Seahawks, the same can’t be said at this time for Rodgers and the Packers. If Rodgers and the Packers make amends, this game is still a matchup of two great quarterbacks and two NFC contenders.