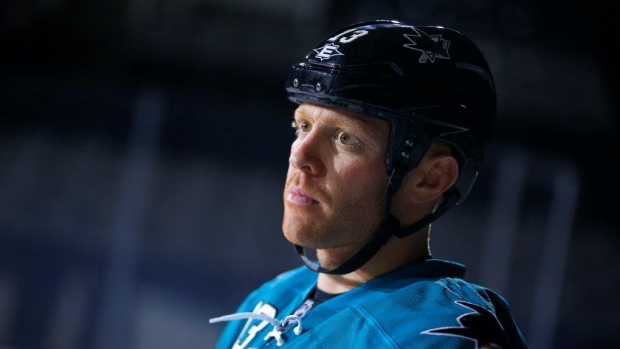 The NHL has had enough of San Jose Sharks forward Raffi Torres and his reckless disregard for player safety and league rules. In a precedent-setting and historic move, Torres has been suspended by the NHL 41 games for his headshot on Anaheim Ducks forward Jakob Silfverberg. If you're counting, that's half the NHL season.

(a) The type of conduct involved: conduct outside of NHL rules; excessive force in contact otherwise permitted by NHL rules; and careless or accidental conduct. Players are responsible for the consequences of their actions.

(b) Injury to the opposing Player(s) involved in the incident.

(c) The status of the offender and, specifically, whether the Player has a history of being subject to Supplementary Discipline for On-Ice Conduct. Players who repeatedly violate League Playing Rules will be more severely punished for each new violation.

(d) The situation of the game in which the incident occurred: late in the game, lopsided score, and prior events in the game.

(e) Such other factors as may be appropriate in the circumstances.

So the league looked at all these factors when it suspended Torres 41 games. One factor that was key in the league's assessment was Article 18.2(c) – Torres's history of violating league rules. The underlined language is not my doing; the NHL CBA has it bolded so you know it’s important.

To say the least, Torres has quite the NHL rap sheet. Over his career he has been suspended four times, fined three times and warned twice. Since 2011, his suspensions have been the result of headshots:

(b) December 2011: suspended two games for his headshot on Minnesota Wild Nate Prosser.

(d) May 2013: suspended for remainder of playoff series after his headshot on Kings forward Jarret Stoll.

Clearly, the focal point of the NHL's consideration was Torres's history of targeting the heads of other players.

Torres is NOT a repeat offender

The old 2005 NHL CBA had a provision that expressly provided that "repeat offenders" would be treated more harshly by the league as far as suspension length. A "repeat offender" was a player who had committed two infractions within an 18-month window. However, the new NHL CBA did away with the express "repeat offender" consideration when assessing length of a suspension (it’s still around when dealing with suspension compensation – see Article 18.5).

Presumably, the NHLPA and NHL were in agreement that the “repeat offender” provision did not capture players who spaced out their transgressions by more than 18 months, but were still a threat to player health and safety. On that basis, they agreed to amend the CBA. Effectively, by removing "repeat offender" from the factors to consider, the league was no longer bound by an express temporal restriction when considering a player's history.

It is noteworthy, however, that both the old CBA (just like the new CBA) did allow the league to consider any other relevant circumstances when assessing suspension length. So that would have included a player's history outside the 18-month window. However, existing language related to repeat offenders may have limited the NHL's power to impose discipline.

It would not be a surprise to see the NHLPA file a grievance. While the hit was dirty and part of a reckless and troubling pattern for Torres, the union will want to challenge a precedent that adversely impacts its membership as a whole. So grieving the Torres suspension will be less about Torres and more about looking out for the interests of all NHL players. For the NHLPA, this case may well be bigger than just Torres.

The NHLPA has 48 hours to appeal the suspension.

The union would take the position that the 41-game suspension is far too severe and not in keeping with league precedent.

While the length of the suspension is undoubtedly harsh, the issue is whether it can be reasonably substantiated based upon past practice.

In defending the suspension, the league would argue that other players have been subjected to stiff discipline and point to some examples including: (1) Marty McSorley's one-year suspension for hitting Vancouver Canuck Donald Brashear over the head with his stick; (2) Chris Simon's 30-game suspension for skate stomping Pittsburgh's Jarkko Ruutu; (3) Simon again, this time 25 games for a two-handed stick swing to the face of New York Rangers forward Ryan Hollweg; and (4) Jesse Boulerice's 25-game suspension for cross checking Vancouver Canuck Ryan Kesler in the face.

Simon is an interesting case, since he was suspended seven times before being handed a 30-game suspension. The NHLPA may focus on Simon in arguing that the league's 41-game suspension for a chronic offender is not in keeping with its own practice.

Targeting the head and the Shawn Thornton precedent

The NHL would also rely on one more key factor: the human brain.

In the opinion of some, players may suffer irreversible brain damage as a result of blows to the head and as a result it could be argued that the league must take active and decisive steps to safeguard the brains of its players. That includes imposing punishments that are designed to strongly discourage behavior that threatens the long-term health of its players. The league would argue that failing to firmly discipline players puts all players at risk. Hockey is an inherently dangerous sport and that will never change. Still, contact that is not part of the game will be scrutinized.

In light of ongoing concussion litigation in the NHL and NFL, the league simply cannot be seen as soft on brain damage with this mass of litigation gathering around sports. So the legal side of this case remains inescapably important.

Times have changed and penalties must be aligned with evolving sensibilities.

Indeed, in upholding Bruins forward Shawn Thornton’s 15-game suspension on appeal, commissioner Gary Bettman wrote in his decision that a player “who today blatantly flouts the rules in a manner that causes a head injury can and should expect to be severely disciplined.”

Who hears the appeal?

Bettman will hear the appeal. A subsequent appeal right to a neutral arbitrator is then made available to the player since the suspension is more than five games.

While the suspension is long, there is a compelling case to be made that the Torres suspension is warranted given his repeated targeting of the players' heads together with the current concussion climate and a league history of imposing harsh suspensions.

Overall, the NHLPA may have difficulty securing a significant reduction Torres's suspension, although the suspension may be reduced by just a few games.