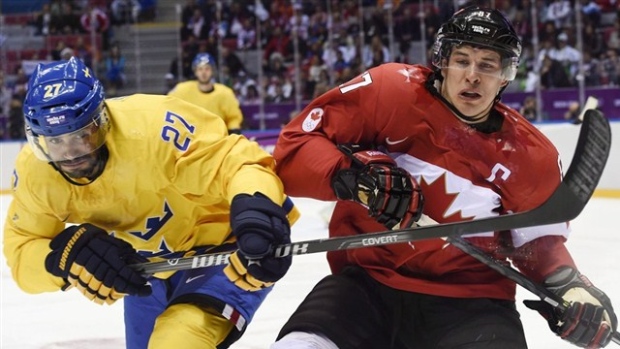 Executives from both the NHL and the NHL Players’ Association have arrived in South Korea for a site visit ahead of the 2018 Winter Olympics in Pyeongchang, even though player participation remains uncertain.

The trip does not offer any indication that players will be participating. Rather, this is the first site visit made by the NHL and NHLPA to Pyeongchang, a regularly scheduled part of the Olympic discernment process.

The NHL is represented in South Korea by Lynn White, group vice-president of international strategy, and senior director of facilities operations (“the ice guru”) Dan Craig. NHLPA special assistant to the executive director Mathieu Schneider and chief of global business strategies Sandra Monteiro also made the trip, which was first reported by Reuters.

The Gangneung Hockey Centre will be hockey’s centre stage at the Olympics. Construction began on the 10,000-seat arena in July, 2014, and is due to wrap up next month. The nearby but smaller Kwandong Hockey Centre, which holds 6,000, is nearing completion as well.

Given that venue construction has been overseen by the International Olympic Committee, the NHL and NHLPA are not expecting any hiccups.

“Venue adequacy is not high on our list of concerns,” NHL deputy commissioner Bill Daly said in an email on Tuesday.

Instead, the NHL and NHLPA negotiation with the IOC revolves mostly around funding. The IOC has indicated that it is not willing to pay the cost of player contract insurance, transportation, hospitality and accommodations, as it has since the NHL first halted their season in 1998 for Olympic participation.

That cost could be as much as $17 million, according to reports.

“In the final analysis, it's expensive for us to go, it's disruptive to our season - but we don't even have to start thinking about it if the basic costs of going aren't covered,” NHL commissioner Gary Bettman said last month. “I don't believe the NHL owners are going to pay for the privilege of shutting down in the middle of the season.”

Daly also said last month that he wasn’t as optimistic as he was previously for players to participate in the 2018 Olympics, considering little progress has been made to this point.

The NHL and NHLPA envoys will report back prior to the next substantive negotiations, which are scheduled to occur sometime in mid-November. A decision is expected sometime around the New Year.

The puck is scheduled to drop in the 2018 Olympics in just 471 days - with or without NHL players.