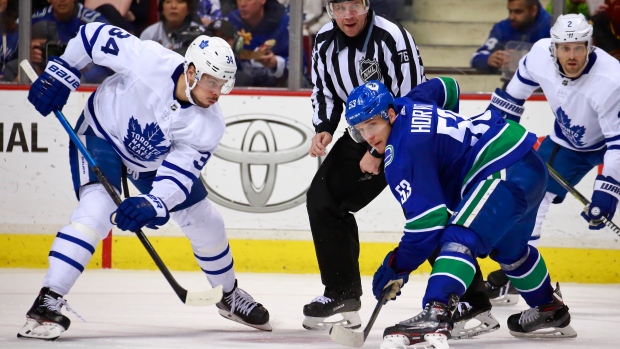 Buckle up. The NHL’s mad dash to a mid-January puck drop could soon begin.

The NHL and NHL Players’ Association reached a tentative agreement on Friday night to begin a 56-game regular season on Jan. 13 with teams hosting games in their own home arenas, wherever possible.

Training camps would open on Jan. 3, with no plan for exhibition games, and the seven non-playoff teams from last season permitted to start three days earlier on New Year’s Eve.

The regular season would tentatively end on May 8. Playoffs would follow with the Stanley Cup to be awarded by the first week of July.

But like seemingly everything in 2020, those 2020-21 critical dates remain fluid. It is possible that the two parties mutually agree to push the dates back a week or two given the holiday time crunch and still skyrocketing COVID-19 numbers.

That’s because so much remains in-flux, including required layers of approval.

The agreement will need to be formally ratified by both the NHL’s Board of Governors and the NHLPA’s Executive Board.

The NHLPA’s Executive Board verbally supported moving forward with the agreed upon terms on Friday night, pending review of the details once papered. The NHL’s Board of Governors is expected to vote on Sunday or Monday.

But perhaps the most critical sign-off required is in the hands of Canada’s five provincial health authorities, which have jurisdiction on whether NHL games can be played in Alberta, British Columbia, Manitoba, Ontario and Quebec.

The fate of the in-demand, all-Canadian division rests in those hands. Who wouldn’t love each Canadian team squaring off nine or 10 times apiece in 196 glorious one-anthem matchups?

The biggest hurdle yet remains to be cleared.

The NHL and its seven Canadian clubs have been in detailed discussions with their provincial and regional health authorities all week, massaging and re-working protocols in an attempt to gain approval to play. That approval has not been granted, raising significant question marks about the feasibility of the division.

One of the big sticking points has been whether NHL players - who will be travelling on chartered flights and likely not permitted to leave the team hotel except otherwise to play - will be subject to potential intra-provincial quarantine restrictions if enacted.

But the NHL remains optimistic that all stakeholders involved can be satisfied as to the safety and well-being of teams and players as well as the public’s health. They are expected to re-engage in discussions on Saturday afternoon.

If they can be, Canada will be guaranteed one team makes it to the NHL’s final four for the first time since Winnipeg in 2018. The first two rounds of the Stanley Cup playoffs would be pure divisional play, with the first four teams in each division qualifying, followed by the four division winners squaring off in the semifinals. The semifinals will be seeded by regular season points.

If those provincial health authorities cannot be satisfied, well, then the NHL and NHLPA will have to consider alternatives, including a hub city in Edmonton - or potentially moving all seven Canadian teams to the United States for the season.

For now, at least, the NHL and NHLPA have nailed down details and transition rules, subject to ratification:

> NHL players will be paid 72 per cent of their published salaries in 2020-21. Twenty per cent will be taken off the top to repay owners for the revenue shortfall that saw players collect more than their allotted 50-50 share; then another 10 per cent of that 80 per cent remaining will be deferred, to be repaid beginning three years later in installments.

> Players may choose to opt-out from the 2020-21 season if he or an immediate family member is considered part of certain high-risk categories. Any player who chooses to opt-out will not be paid and his team holds the option of tolling (or carryover) his contract for one year.

> Rosters will be capped at the usual 23 men with an $81.5 million salary cap. Each team will be permitted to carry a four to six player “taxi squad,” which includes a mandatory third goaltender. All 29 (maximum) players will practice and travel with the team.

> Pending provincial health approval, the NHL’s four divisions will be re-aligned and re-named for 2020-21:

If the seven Canadian teams end up temporarily moving to the United States, then the NHL will need to realign again.